The islands making up the Lower Keys are and governed by Monroe County.

Tired of overcrowded freeways, streets and the stress of everyday living in Suburbia? If so, the Lower Keys is the perfect escape. It's a tropical paradise that is still in the United States where you can either do nothing at all except enjoy our beautiful Sunsets, weather water by laying in the Sun or you can enjoy the incredible fishing, diving, kayaking, swimming and boating that it offers. In fact, the New York Times called the Lower Keys "just possibly the best place for doing nothing" citing its unspoiled and non-commercial nature. Nevertheless, the restaurants, attractions and of Key West are just a short drive away.

Frommer's says, "Unlike their neighbors to the north and south, the Lower Keys (including Big Pine, Sugarloaf, and Summerland) are devoid of rowdy Spring Break crowds, boast few T-shirt and trinket shops, and have almost no late-night bars. What they do offer are the very best opportunities to enjoy the vast natural resources on land and water that make the area so rich."

From the end of the Seven Mile Bridge down to Key West, each of the Lower Keys is unique. Just ask one of our Lower Keys Realtors®!

Bahia Honda State Park was selected by Dr. Beach as "America's Best Beach" in 1991 (Winners can only be named one time, then they're retired from consideration) saying "Bahia Honda Key is blessed with two wonderful beaches: Sandspur Beach on the oceanside (1992 National Winner) and Caloosa Beach near the Seven Mile Bridge. This is really a piece of the Caribbean as evidenced by the crystal clear, turquoise water and white coral beach lined with coconut palms. The ocean water stays warm year-round, making it a beach for all seasons. The beach at Sandspur drops off gently, and the lack of waves make it ideal for bathing by young children and for swimming, snorkeling, and kayaking for everybody else."

Big Pine Key
Big Pine is the largest of the Lower Keys and lies within the Key Deer and Great White Heron National Wildlife Refuges. Only 30 miles from Key West, Big Pine offers up a variety of things to do and see from Key Deer to the famous Blue Hole and its turtles, fish alligators, plus an adjoining nature trail that winds through Federal refuge lands.


A pick by Islands.com as a "best island to live on:" "Much of the island is federally protected wildlife habitat, off-limits to development. A close-knit, small-town community works conscientiously to protect the local environment, and real estate remains surprisingly affordable, considering its surroundings. Big Pine is a little reminder of how the Keys used to be. And there's still room for you."

The boating controlling depth ranges from 2.5 to 4 feet depending on the subdivision, and the access to either the ocean or the backcountry is easy.

Ramrod Key
Ramrod is a very quiet, primarily residential Key, located at mile marker 27. There are, however, restaurants, bars, dive shops, a convenience store and a veterinary hospital.

The boating out of Ramrod is typically 2.5 feet controlling to get to open water. Ramrod is said to be named after a Spanish from the 19th century.

The Looe Key National Marine Sanctuary is convenient to the Lower Keys by boat. Located about five nautical miles offshore from Ramrod Key, Looe Key isn't an island but a "groove and spur" reef and part of the reef system that parallels the Atlantic side of the Florida Keys. This reef got its name from the HMS Looe which supposedly ran aground there in 1744. Looe Key offers some of the most spectacular snorkeling and diving in The Keys.

Little Torch Key
The Torch Keys are located between Big Pine Key and Ramrod Key. There are three Torch Keys in all, however, Big and Middle Torch Key are primarily wetlands and hardwood hammock areas, and as such, have few residents. Little Torch is largely residential but there is also a full marina, dive shop, bait and tackle store, restaurant, and motel. The boating out of Little Torch is excellent, meaning a 4 feet draft. You'll see boats up to 50 feet and also sailboats conveniently tucked behind the homes in the clean canals. Access to either the Ocean or the is good.

Summerland Key
Located just 24 miles from Key West, Summerland Key is a great boating Key due to its wide flow-through canals and four-foot draft. The Island has a variety of restaurants, retail stores and home service providers including a grocery, bank, U.S. Post Office, and boat charters. For local residents on there is a private airstrip. The majority of homes are located on the Atlantic side of US 1.

Cudjoe Key
Located about 21 miles from Key West, Cudjoe Key is mainly residential and offers a wide range of housing. Most of the homes are located on the Atlantic side and the boating draft varies from 2.5 feet to 4 feet draft. There were 1,763 people living on Cudjoe at the time of the 2010 census. Cudjoe has a marina, restaurants, convenience store and some retail.

Visit our Lower Keys office on Big Pine Key today to discover the wonderful communities in the Lower Keys. 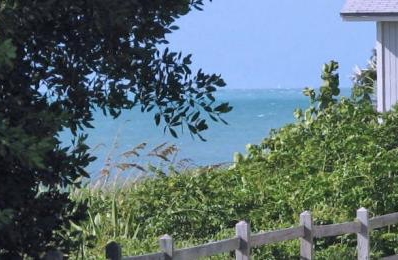